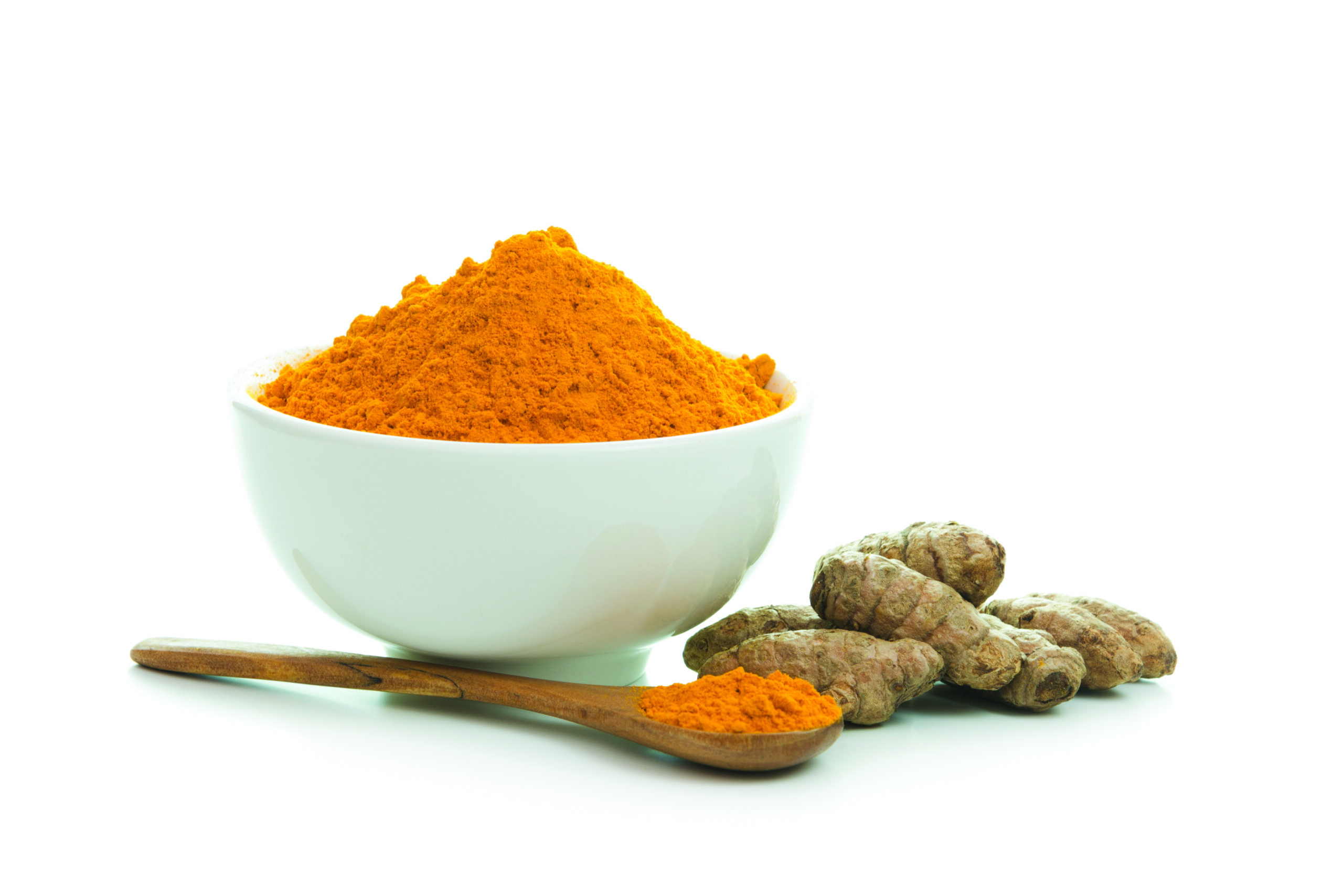 The Gerson Therapy
Oncology Massage with Healing Hands
Benefits of Broccoli: Sulforaphane and Your Health

Curcumin has been shown to exhibit antioxidant, anti-inflammatory,
antiviral, antibacterial, antifungal, and anticancer activities and thus
has a potential against various malignant diseases, diabetes, allergies,
arthritis, Alzheimer’s disease, and other chronic illnesses.

– Advances in Experimental Medicine and Biology 2007;595:1-75
Did you know that turmeric, the golden spice used in recipes, has powerful therapeutic benefits as a dietary supplement?    Extensive clinical trials over the past 25 years (with approximately 67 trials and 35 more in progress, as of mid-2012) have shown that its bioactive extract, curcumin, has promising effects in patients with a variety of diseases. Some ailments include: Alzheimer’s disease, osteo and rheumatoid and arthritis, cancer, cardiovascular disease, depression, diabetes and obesity, digestive diseases (IBD/IBS, Crohn’s disease, ulcerative colitis), kidney disease, and psoriasis. The abundance of evidence calls for a two-part discussion.

Curcumin is a yellow-orange polyphenol. Derived from turmeric, a member of the ginger family, this micronutrient displays antioxidant and potential disease-preventive properties. It has been used for more than 3,000 years in the traditional Indian medicine known as, Ayurveda. Its efficacy originates from its ability to combat both inflammation and oxidation, the twin causes of most illnesses.

Curcumin is an exceedingly powerful food-based antioxidant (much stronger than blueberries, strawberries, and dark chocolate). It neutralizes unstable, reactive free radicals (unstable atoms or molecules with a single unpaired electron in the outer shell), whose accumulation and chain-reactive activity in the body, over time, are often blamed for unhealthy aging.

Due to its poor absorption from the intestines, and rapid metabolism and elimination, it is difficult for curcumin be administered orally and reach blood levels sufficient to exert its bioactivities (J Nutr Sci Vitaminol, 61, 37-44, 2015).

Multiple curcumin preparations with drug delivery systems have been created to enhance its absorption beyond the common turmeric that is standardized to 95% curcuminoids (95% Turmeric). Some formulations include:  (1)Patented Curcumin C3 Complex® – with BioPerine, a black pepper fruit extract containing 95-98% piperine, which inhibits curcumin metabolism in the gut and liver shows increased curcumin bioavailability by one and a half times (Planta Med 1998 May); (2) Patented BCM-95®, micronized curcumin with turmeric essential oils, shown in human clinical studies to deliver up to seven times better absorption than 95% Turmeric (Indian J Pharm Sci. 2008 Jul-Aug) and to remain in the bloodstream for almost twice as long (8-12 hours); (3) Patented Meriva, a curcumin-soy phosphatidylcholine phytosome complex, which in a randomized, double-blind, crossover human study has been shown to increase absorption 29 times over an unformulated curcuminoid mixture (J Nat Prod. 2011) (see also Cancer Chemother Pharmacol. 2007 Jul); and (4) Theracurmin®, a colloidal submicron-particle curcumin, that is easily, stably, water-dispersible , which has shown in one preliminary, double-blind, 3-way crossover study of nine healthy, young men and women to yield a much higher absorption efficiency than BCM95 and Meriva (i.e., curcumin blood concentration 10.7 to 5.6 times higher than BCM95 and Meriva, respectively); further clinical research is ongoing(J Nutr Sci Vitaminol (Tokyo) 2015) (see also J. Anti-Aging Medicine 9 (1) : 43-51, 2012).

Studies have shown that curcumin has therapeutic application against inflammation, infection, bacteria including H. pylori, fungus/yeast and viruses, lifestyle-related disease, neurological disorders, and even cancer (J. Anti-Aging Medicine 9 (1):3-51, 2012).Researchers have thus examined it as a target against a wide variety of diseases, some of which are discussed below.

AD is a neurodegenerative disease characterized by progressive cognitive deterioration, declining activities of daily living, and behavioral changes. Accumulated oxidative stress and resulting free radicals lead to production and deposition of an abnormal protein called amyloid β-peptide, which triggers more oxidation, inflammation, and clumps of dead/dying nerve and brain cells. The use of curcumin has shown to improve the overall memory of AD patients by: (1) decreased β-amyloid plaques (due to the lipophilic nature of curcumin that enables it to cross the blood brain barrier); (2) delayed degradation of neurons; (3) metal-chelation; and (4) reduced inflammation and oxidative stress (Ann Indian Acad Neurol. 2008 Jan-Mar).

Arthritis is a chronic disease that results from the inflammation of one or more joints. With more than 100 reported forms, the three most common are osteoarthritis, rheumatoid arthritis, and gout.

In one recent study, researchers compared curcumin alone (500mg/day), curcumin with the NSAID diclofenac sodium, and the NSAID alone, in 45 patients with active RA. They found curcumin to be a safe and effective way to suppress the level of C-reactive protein (CRP), a non-specific marker of inflammation and disease. The curcumin group showed the highest percentage of improvement in overall disease and swelling/tenderness scores, which were significantly better than the patients in the NSAID group (Phytother Res. 2012 Nov).

In two other 2010 studies, researchers evaluated the efficacy of curcumin in the management of OA. The first three-month study of the effect of 200 mg per day in 50 patients (product-evaluation registry of Meriva®) examined the impact of curcumin on pain level, mobility, and inflammation (CRP). Compared to only modest improvements in these measurements in the control group, Meriva decreased the pain score by 58%, increased treadmill walking distance from 76m to 332m, and significantly decreased CRP levels (Panminerva Med. 2010 Jun; 52 (2 Suppl 1).

Cancer is a multi-stage process resulting from the deregulation of more than 500 genes at multiple steps in cell signaling pathways. While tumor-suppressing genes enable the body to combat cancer, aging and environmental factors can turn off or silence them. Epigenetic researchers have determined that curcumin’s multi-targeting activities, either alone or with other agents, help fight almost all types of human cancer (Indian J Pharm Sci. 2008 Jul-Aug) (AAPS J. 2013 Jan) (Cancer Lett. 2007 Oct). This is accomplishedin part, by reawakening these genes in order to stop: (1) conversion of normal cells to cancerous ones; (2) replication of cancer cells (tumor formation); and (3) migration of cancerous cells to other areas of the body (metastasis) (Arch Pharm 2010 Sept) (Mol. Pharmacology January 2006 Vol. 6 No. 1).

According to Bharat B. Aggarwal, Ph.D., professor of cancer medicine in the Department of Experimental Therapeutics at the University of Texas M. D. Anderson Cancer Center (UTAC), curcumin affects virtually every tumor biomarker and works through a variety of mechanisms related to cancer development. In fact, Razelle Kurzrock, M.D., another professor at the UTAC’s Department of Investigational Cancer Therapeutics, stated that it was clear from the data she reviewed that curcumin “was just as potent at killing tumor cells in the lab as any experimental drug I’d seen from pharmaceutical companies.”  Curcumin has thus demonstrated potential against colorectal cancer, pancreatic cancer, breast cancer, prostate cancer, multiple myeloma, lung cancer, oral cancer, head and neck squamous cell carcinoma (AAPS J. 2013 Jan), and cervical cancer (Asian Pac J Cancer Prev. 2014).

Curcumin is considered extremely safe, even when used in dosages as high as 8 g/day. Other than diarrhea, nausea, allergic skin reactions, and sleep interruption (anecdotal only – science indicates that it supports sleep), few side effects from use of high doses have been reported. Certain patients should use curcumin with caution, including those: (1) with gallstones or gallbladder disease (high doses over prolonged periods may be toxic to the liver); (2) taking blood thinning medications; (3) diagnosed with anemia (curcumin is an iron chelator); and (4) who are pregnant, nursing, or children.

While curcumin can be used safely in preventive and healing regimens, it is best to seek the advice of an expert in nutrition or functional medicine when attempting to change the course of disease. Since nutritional supplements can interact with prescription drugs, advise your doctor of your desire to incorporate complementary medicine into your health program, and do your own research before mixing natural remedies with any prescribed medications.

Submitted by Michael Dworkin, PD, CCN, a Registered Pharmacist and State Certified Clinical Nutritionist (CT Cert. No. 232), with J. Erika Dworkin, Certified Lifestyle Educator and Board Cert. Holistic Nutrition (Cand.). Owner of the Manchester Parkade Health Shoppe (860.646.8178, 378 Middle Turnpike West, Manchester, CT, www.cthealthshop.com), Pharmacist Dworkin has been guiding patients since 1956 and is available for consultation by appointment. Erika is available to speak to groups. All statements in this article are research-based and references are available upon request. 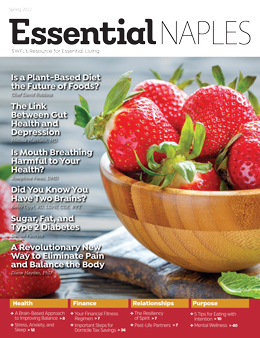 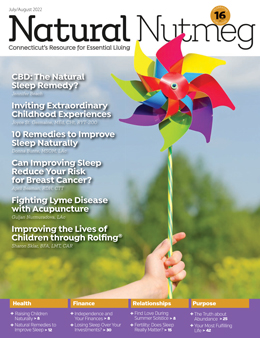